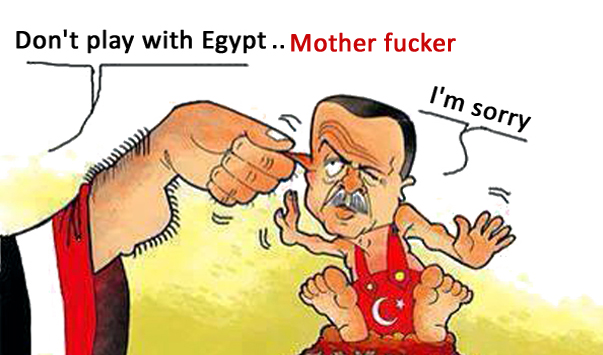 Egypt’s decision to expel the Turkish ambassador in Cairo followed attempts by the ambassador to harm Egyptian national security by conspiring with the Muslim Brotherhood .

The real reasons behind the expulsion of the Turkish ambassador : 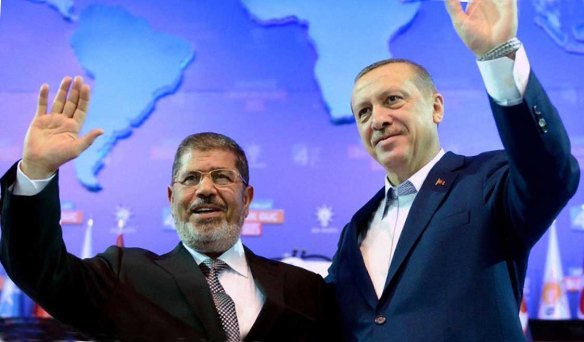 According to independent paper Al-Youm Al-Sabi’, Egyptian intelligence agents monitoring the Turkish embassy and the home of Ambassador Huseyin Avni Botsali over recent weeks found that many Muslim Brotherhood officials frequented the buildings to discuss “sowing strife in Egypt and planning violent acts.”

The report further said that the decision to deport the ambassador was taken after it was found that the embassy “directly and indirectly supported violence in Egypt” by bankrolling extremist groups affiliated with the Muslim Brotherhood throughout the country. Turkey even funneled weapons into Sinai through the Gaza Strip and oversaw training camps for Brotherhood militants in the city of Khan Younis in the southern Gaza Strip.

According to the report, the Turkish ambassador sheltered prominent Muslim Brotherhood activists inside the embassy, transferred money to support the group’s armed cells training in the Sinai and Gaza Strip, and provided logistical and strategic support. The paper said Turkish intelligence was sending arms to Islamist militias by sea to El Arish in Sinai and Rafah in the Gaza Strip.

Alyoum Alsabea,cited high-ranking,sources. The plan allegedly was to support the Brotherhood, sow chaos in Egypt and prove that the army was not in control after the toppling of Mohammed Morsi over the summer.

Turkish ambassador in Cairo reportedly aided the Muslim Brotherhood and carried out plans to divide Egypt using funding from countries such as the United States, Britain, France and Germany, sources have told Egyptian newspaper Alyoum Alsabea.

According to the sources, Egyptian intelligence agents listened in on conversations between the Turkish ambassador and the ambassadors of the United States, Britain, France and Germany to move the plan forward.