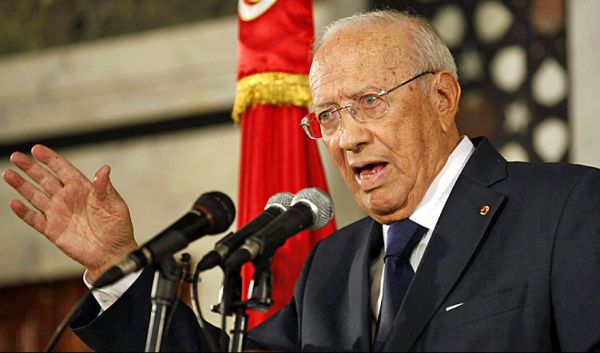 Tunisia’s  Beji Caid Essebsi has been sworn in as president after landmark polls in the country. Essebsi won the race in December with 55.7% of the vote, against interim President Moncef Marzouki’s 44.3%.

Unlike in previous presidential elections where ousted President Zine al-Abidine Ben Ali persecuted his rivals, Tunisians this year were able to choose their favorite from a pool of 27 candidates.

“This is the first time we reach a second round,” political analyst Noureddine Mbarki told Al Arabiya News. “The margin was little in the first round, and even the second round, 10% is the margin that we see in developed democratic countries.”

“We used to see 90% back in the day,” said Mbarki, referring to election results under the dictatorship of Ben Ali.

“Tunisians headed to voting polls three times in eight weeks. This is the first time it happens in Tunisia’s history.”

This year saw the first female presidential candidate, Judge Kalthoum Kannou. Analysts saw her candidacy as another milestone in the revolution.

Hailing the presidential vote, U.S. Secretary of State John Kerry said at the time: “Tunisia has provided a shining example to the region and the world of what can be achieved through dedication to democracy, consensus, and an inclusive political process.”

He added: “Tunisia’s achievements this year laid the groundwork for a more stable, prosperous, and democratic future for the country.”

However, the revolution is far from complete, said political analyst Sadeq Belaid: “What has been achieved… is only one stage. The old state model failed and brought about a revolution. Now we need to build a new model stone by stone.”

He added: “It’s not enough to have democratic institutions. There’s a lot of work to be done because the transition took longer than anticipated. This will take five to 10 years.”